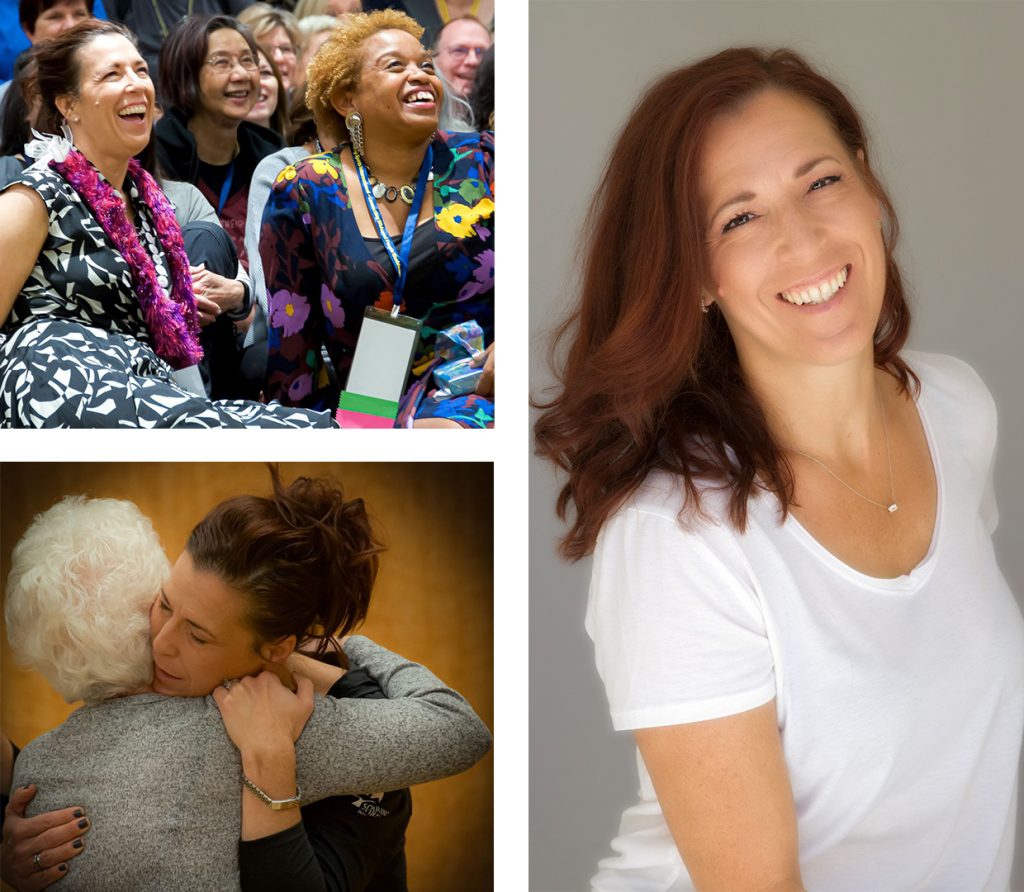 Michele Neff Hernandez is a nonprofit leader, compelling speaker and dedicated advocate for widowed people around the world. She is the founder and Executive Director of Soaring Spirits International, a non-profit organization providing research-based programs and a community of peers for anyone who has experienced the death of a spouse or partner. Since Michele founded Soaring Spirits in 2008, Soaring Spirits has served over four million widowed people and continues to increase their reach through the development and management of innovative grief support programs.

Michele is the creator and director of the Camp Widow® Program; a first of its kind event bringing together widowed people from all walks of life and providing access to relevant resources designed to build resilience and facilitate the healthy processing of grief and trauma. This program is available in six locations annually including both US and International destinations featuring three weekend long programs and three one day programs.

Michele founded the Soaring Spirits Resilience Center at Schreiner University in 2017. The SSRC collects and analyzes data about the widowed experience and creates practical and accessible tools for building resilience in this under-served population. The SSRC has created the first ever Widowed Resilience Scale which was published by the OMEGA Journal of Death and Dying on September 11, 2019 and is available for public use.

Ms. Neff Hernandez’s work has been featured on broadcast media outlets, and various print media publications including NPR, BBC World Broadcast, NBC News, ABC News, KCLU News, WUSF News, KPBS, The Huckabee Show and various other appearances. Interviews with Ms. Neff Hernandez have been featured in The Wall Street Journal, USA Today, The Huffington Post, Forbes Magazine, The Houston Chronicle, The Palm Beach Post, Rutgers University Press, The Chicago Tribune as well as multiple features by the Associated Press and other outlets. Michele has been a guest on over fifty podcasts, radio shows, and cable newscasts discussing grief and trauma with various audiences around the world.

Michele inspires people as a motivational speaker and freelance writer. She speaks to groups of all types about grief, hope, and the lasting impact of love. Her keynote addresses have been featured at women’s conferences, religious conferences, community events, military and emergency services retreats, and Camp Widow events across North America. Michele is a member of the Bereavement Training Team for the Archdiocese of Los Angeles, and is a regular contributor to various websites, blogs, magazines, and collaborative book projects.

Michele has been honored to receive a variety of Federal, State and local awards and recognitions for her work in service to widowed people including: being selected as a 2021 CNN Hero, acknowledgement by Vice President Joe Biden, Special Congressional Recognition by Congressman Elton Gallegly, Simi Valley Hospital Foundation Woman of the Year, Ventura County Star’s Woman Today Award, Humanitarian of the year by the Simi Valley Community Foundation, State Farm Insurance’s Embrace Life Award Honoree for the Southern California Region and multiple Paul Harris Service Awards by the Rotary Club of Simi Valley.

Ms. Neff Hernandez is a resident of Simi Valley, California where she lives and laughs with her three amazing children and is married to an amazing Aussie who supports and encourages her work with the widowed community. An avid runner and outdoor enthusiast, she actively encourages others to embrace the life they are given.